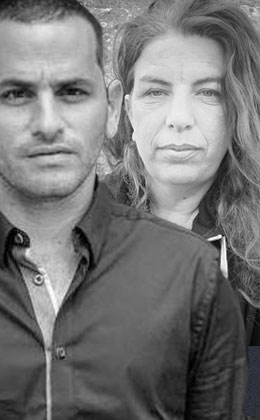 A musical tale of a town left behind and one clocks man fighting against time.

Documentary Musical about Los Angeles twin city- Kiryat Malachi. In the past 30 years, Yosef Huri has worked in the chaotic watchmaker’s shop he inherited from his father. But there is not a single clock here that works, something like his hometown of Kiryat Malachi – trapped in time. Yosef was a genius kid, but his hometown was no place for genius children; instead, he got stuck there...as did his life. Now at the age of 60, the dream of success still burns within him. With mounting debts and looming local elections, Yosef decides it’s time to act. Against all odds and people who think he’s crazy, he decides to run for office as a one-man party, to right wrongs and give Kiryat Malachi a future.