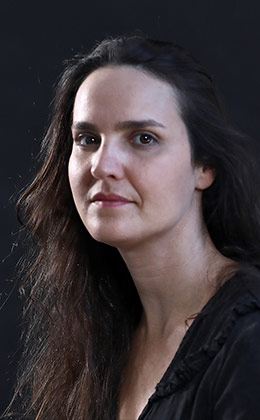 The incredible yet true love story between an SS officer and a Jewish prisoner. A story that starts in Auschwitz and ends in a courthouse in Vienna 30 years later.

"Love it was not" is a tragic love story between a prisoner and her captor. Flamboyant and full of life, Helena Citron, is taken to Auschwitz as a young woman, and soon finds unlikely solace under the tutelage of Franz Wunsch, a high-ranking SS officer who falls in love with her and her magnetic singing voice. Risking a certain execution if caught, their forbidden relationship went on until her miraculous liberation.

But when a letter arrives from Wunsch's wife, thirty years later, begging Helena to testify on Wunsch's behalf, she's faced with an impossible decision: will she help the man who brutalized so many lives, but saved hers, along with some of the people closest to her?