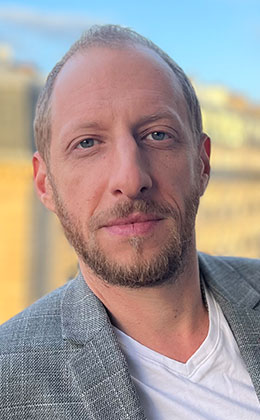 1960. A Holocaust survivor suspects that his new neighbor is… Hitler. The only way to prove it is befriending him.

South America, 1960, just after Israel's abduction of Adolf Eichmann in Argentina. The quiet and gloomy routine of Polsky, a lonely and grumpy Holocaust survivor, is interrupted when a mysterious German moves in next door.
Polsky, who isn't crazy about Germans in general, particularly loathes this noisy neighbor and his German Shepherd. After a chance meeting, he is horrified. His neighbor is none other than Adolf Hitler.
Polsky turns to the Israeli Embassy but is not taken seriously. He has no choice but to conduct an independent investigation to prove his claim. Thorough detective work uncovers stunning parallels between the neighbor Herzog’s characteristics and those of Hitler. But when even this evidence is dismissed by the Israelis, Polsky is forced to engage in a relationship with the enemy in order to obtain irrefutable proof…